Performance, speed and glide have been taken to the next level with the High Aspect 925.

At 9.8:1 it’s a true Hight Aspect ratio foil wing that sets the standard for glide performance, while retaining enough handling that it can be turned easily, making for an exhilarating ride in surf.

In small to medium surf with an 85cm mast or longer the HS925 is truly amazing, the turn radius and pitch stability are sublime!

The sleek inflected tips help prevent ventilation even if the tip breaches. Next level pump and glide if you want to double dip or link up swells, this wing just keeps on going!

For experienced wingers there is no comparison, it makes tacking so fun and easy as the speed and glide gives you so much time to complete maneuvers. Combine this with amazing upwind angles winging, freakish light wind performance, the riding never stops!

Downwind aficionados requiring max glide performance will want to get their hands on this wing simply because it is next level!

Pete and Armie became friends as foiling united their search and passion for ultimate performance and glide on downwind runs. The mad scientist and these high-performance sailing gurus have collaborated to create something the likes of which has not seen before outside the Americas Cup! 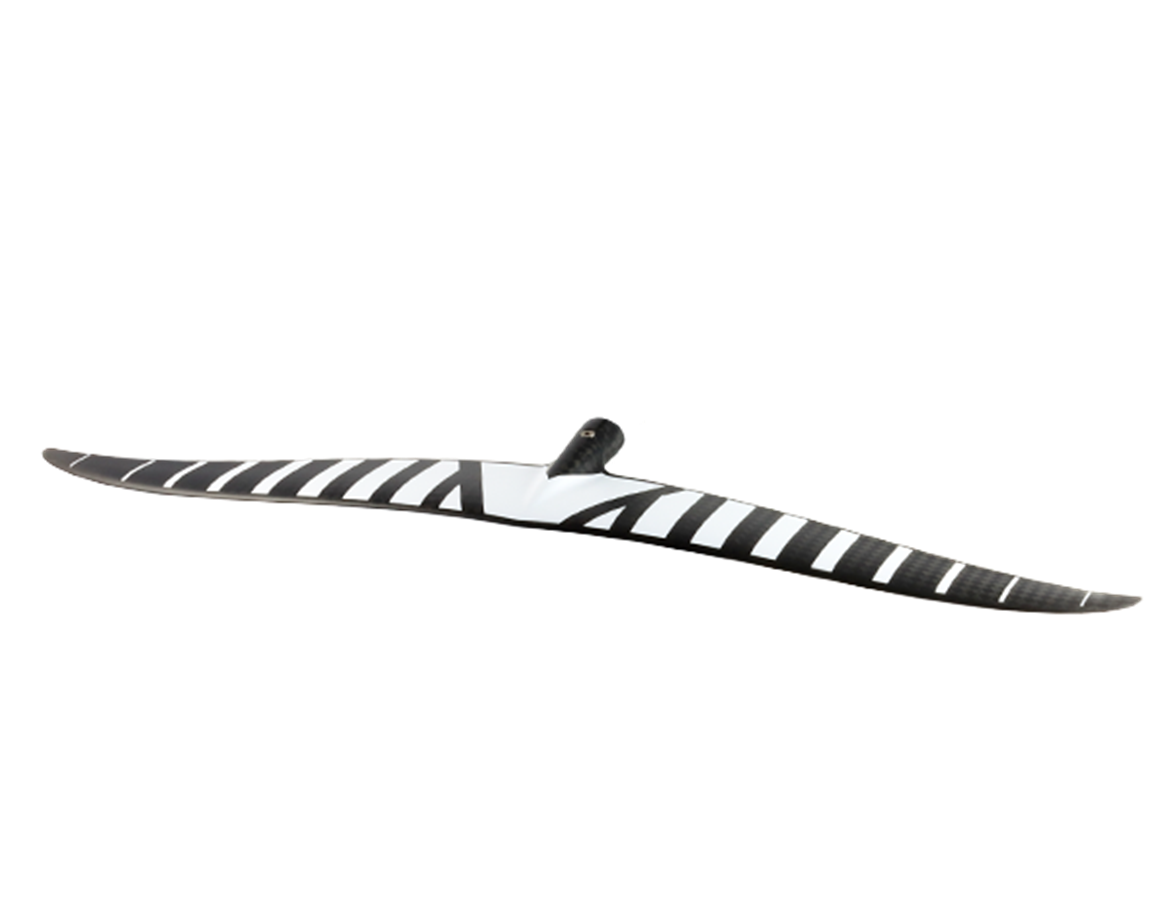 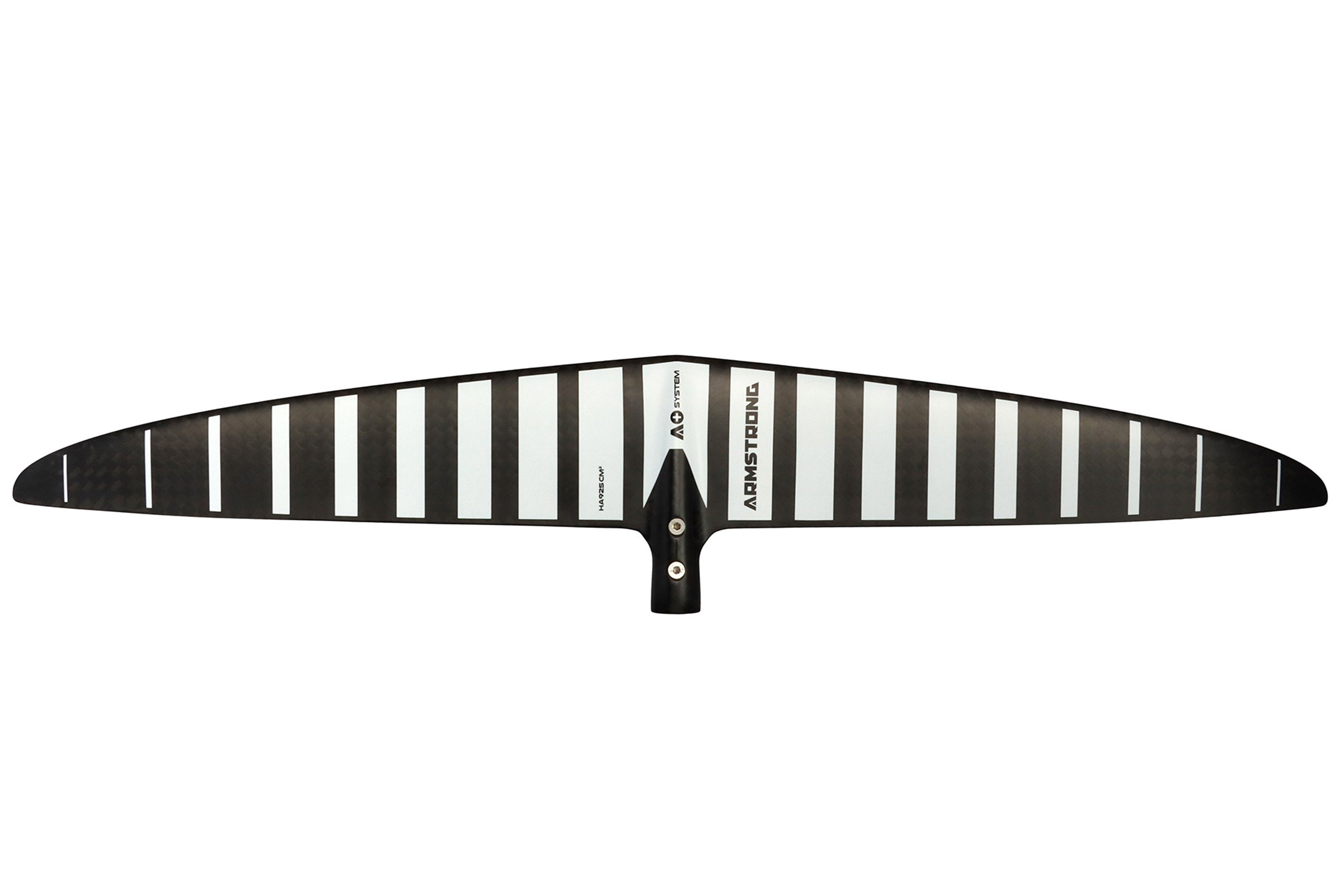 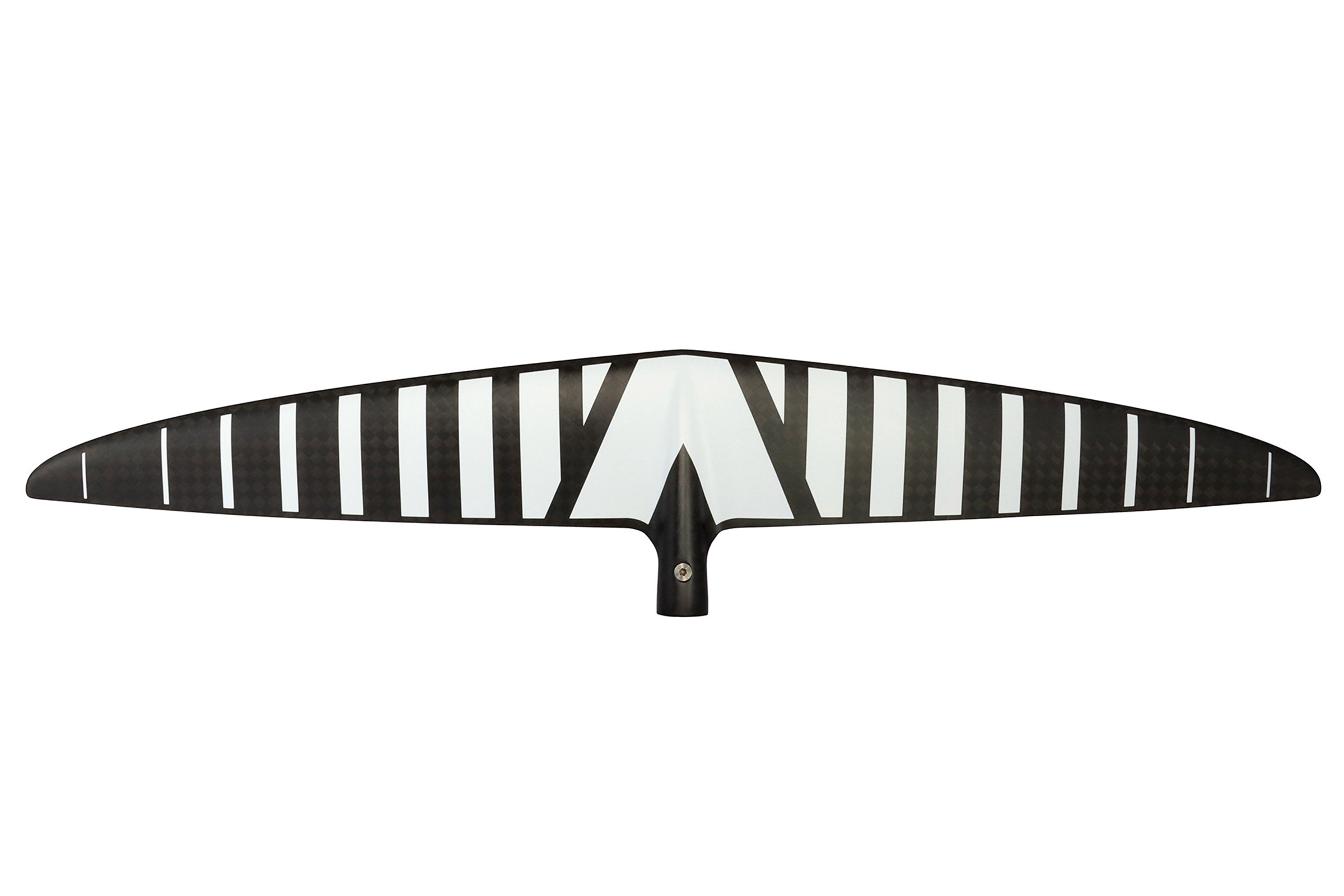 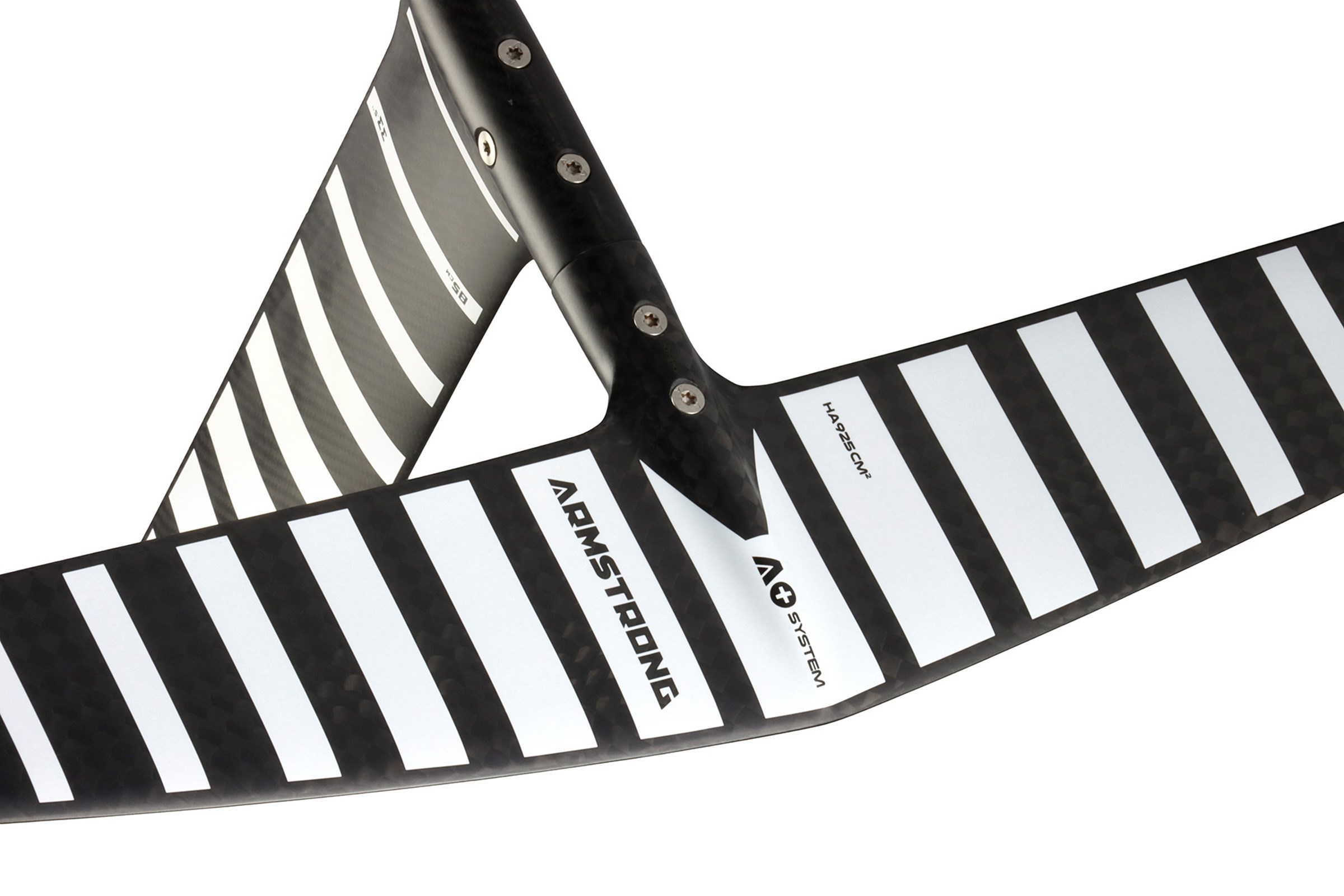 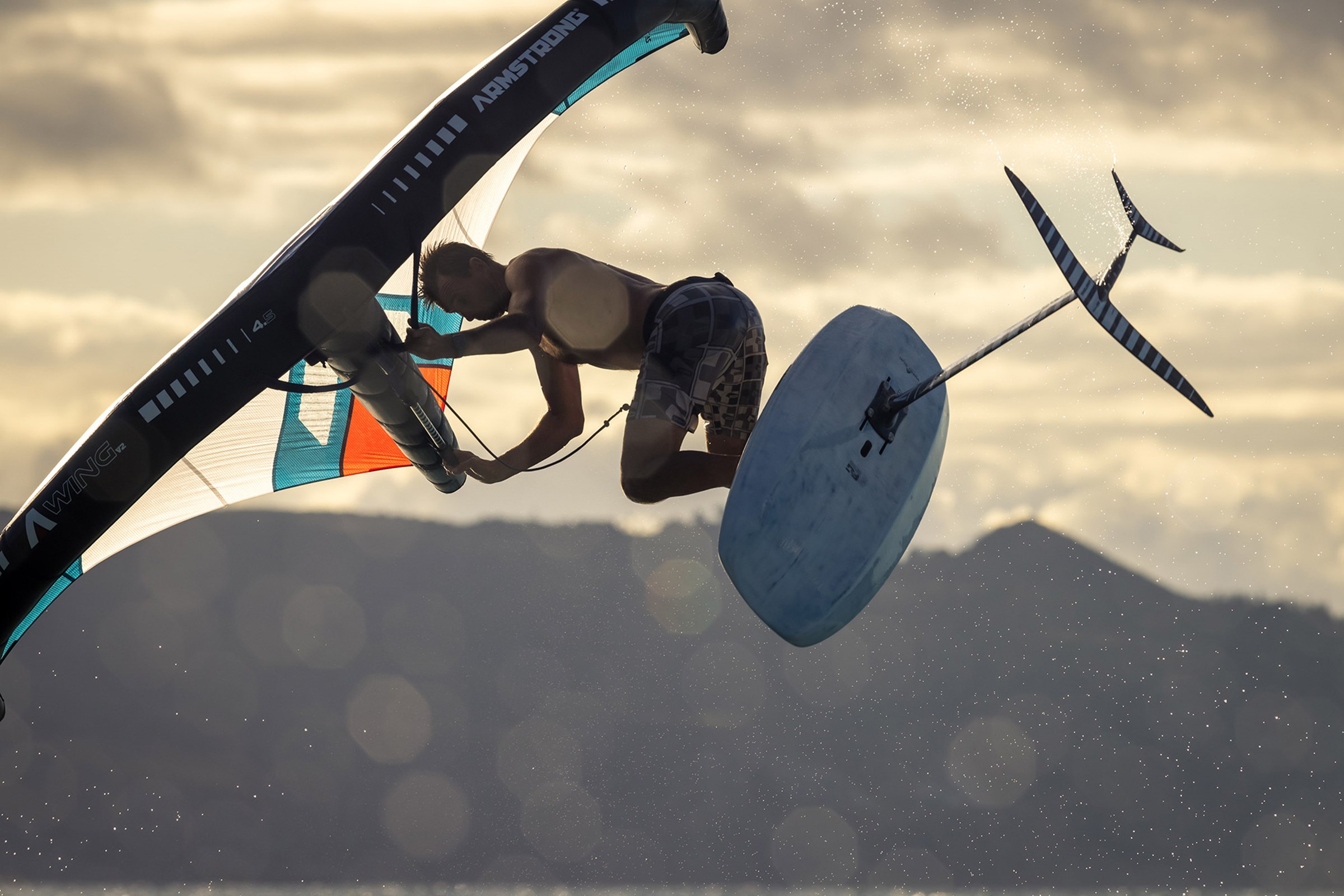 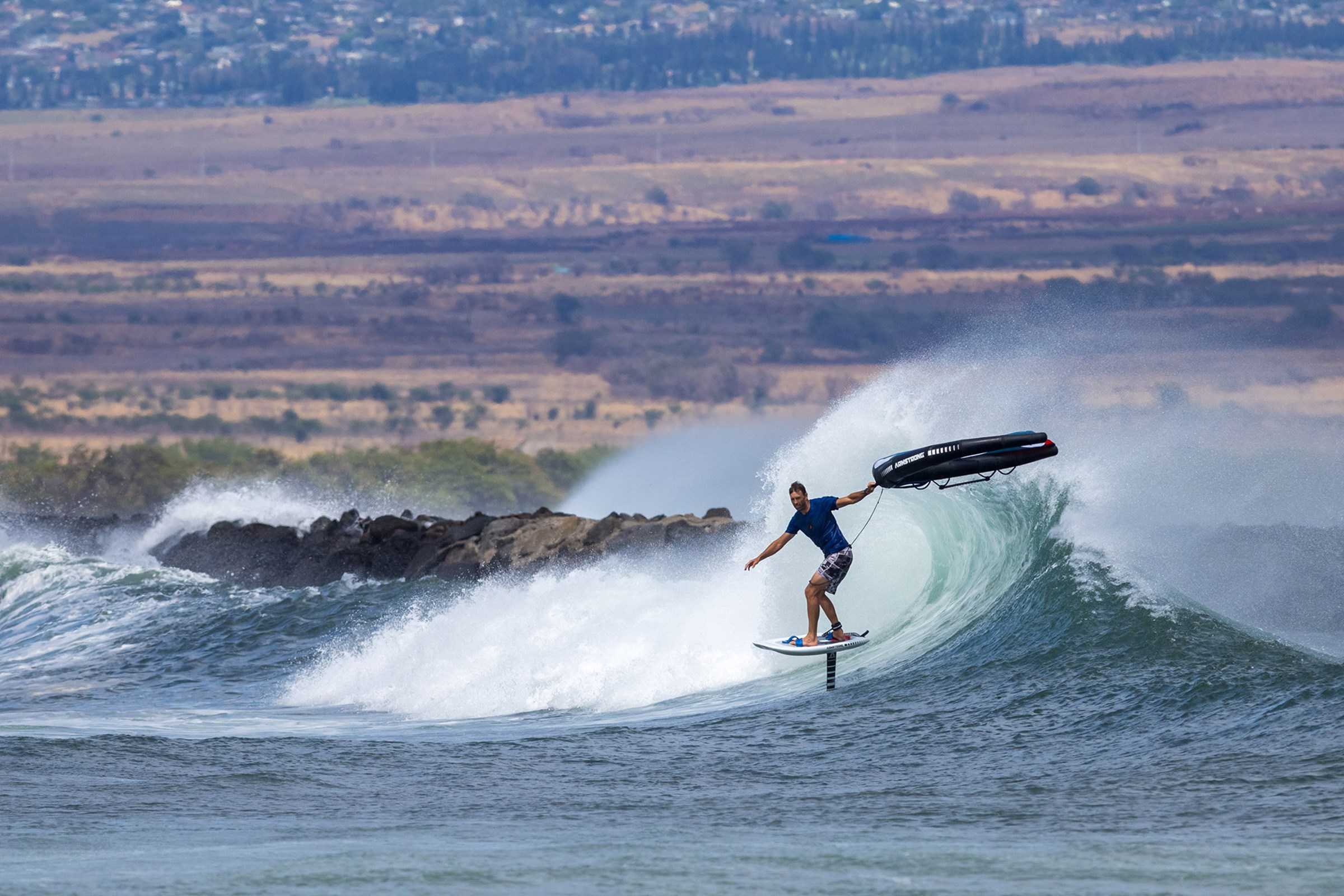 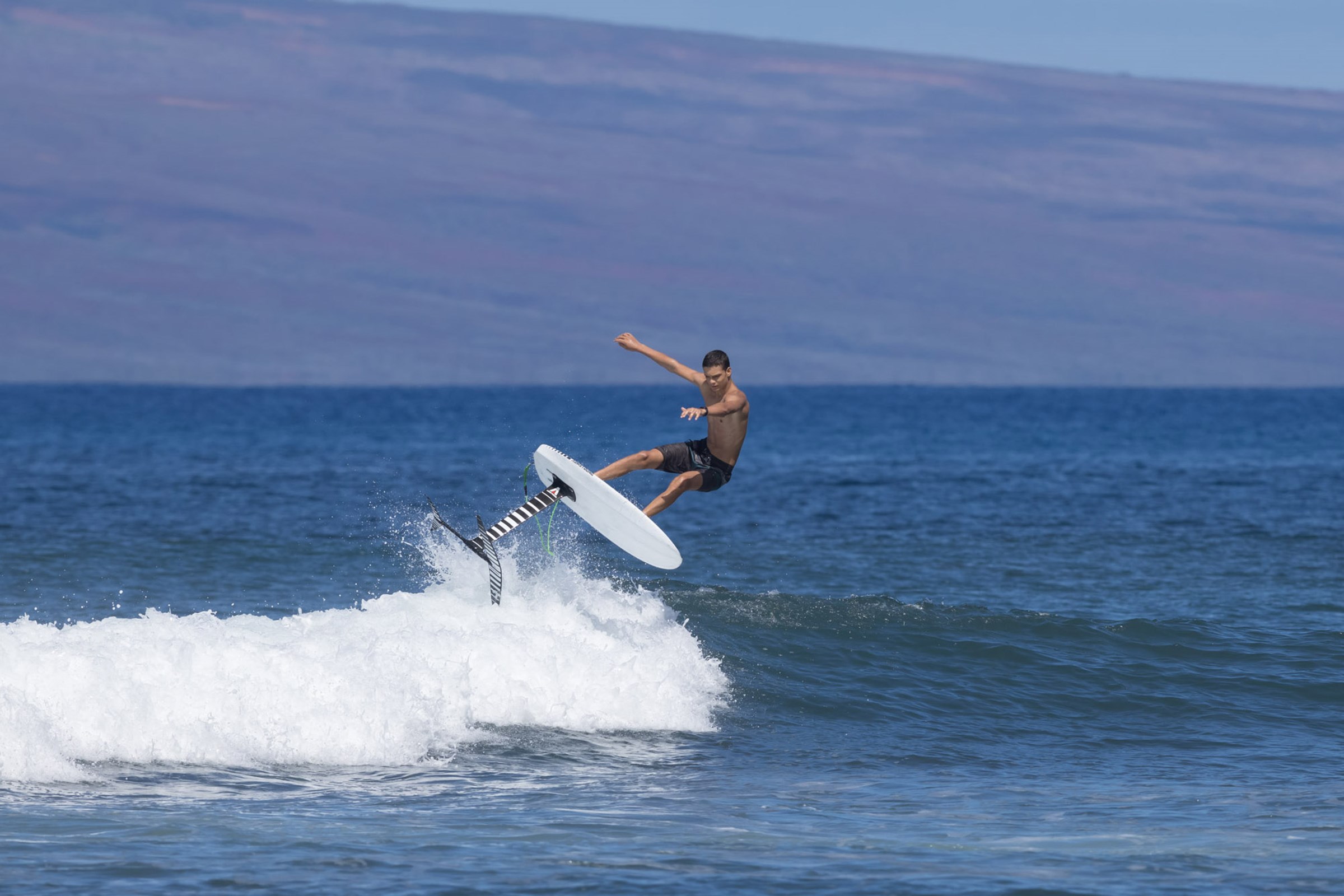 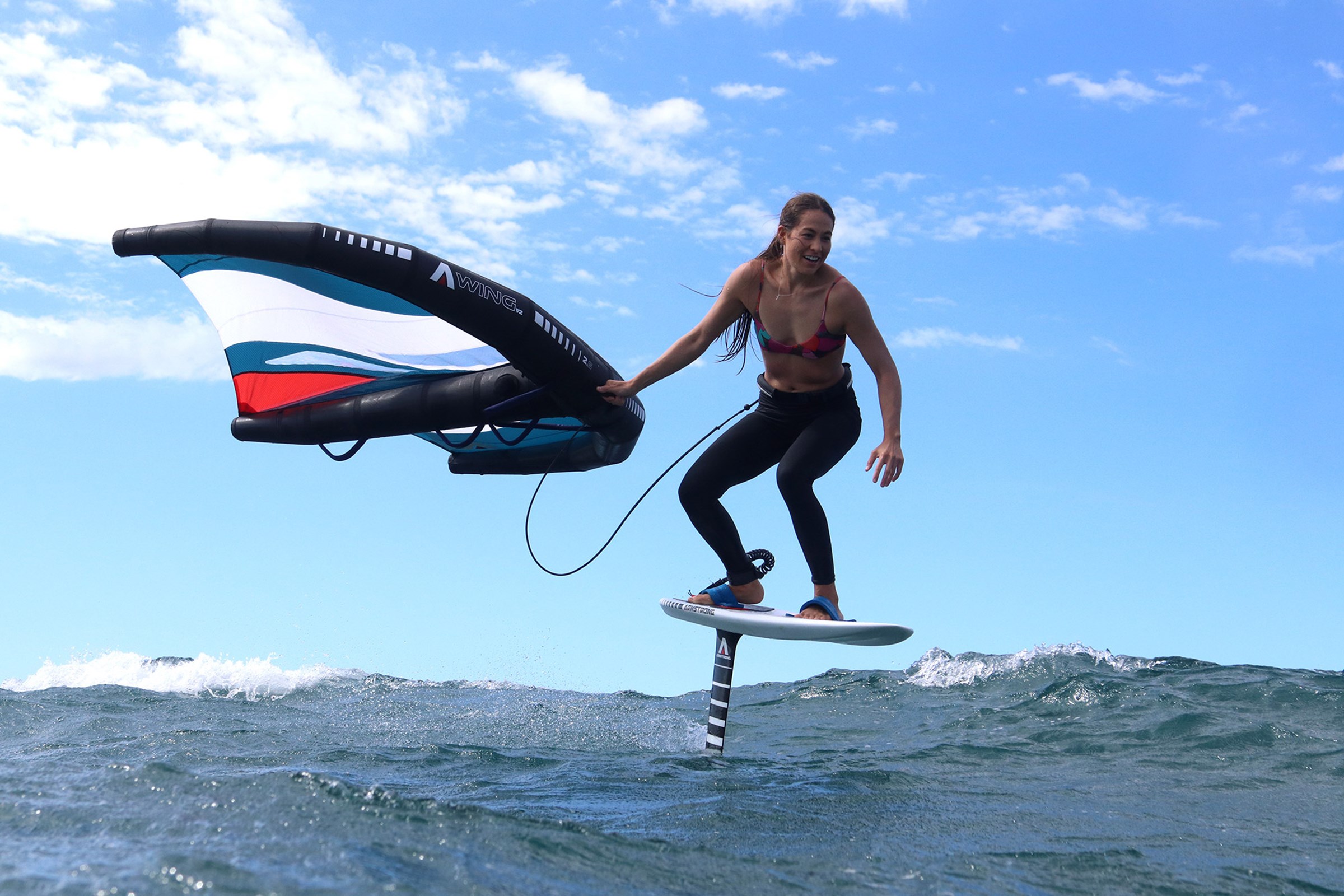 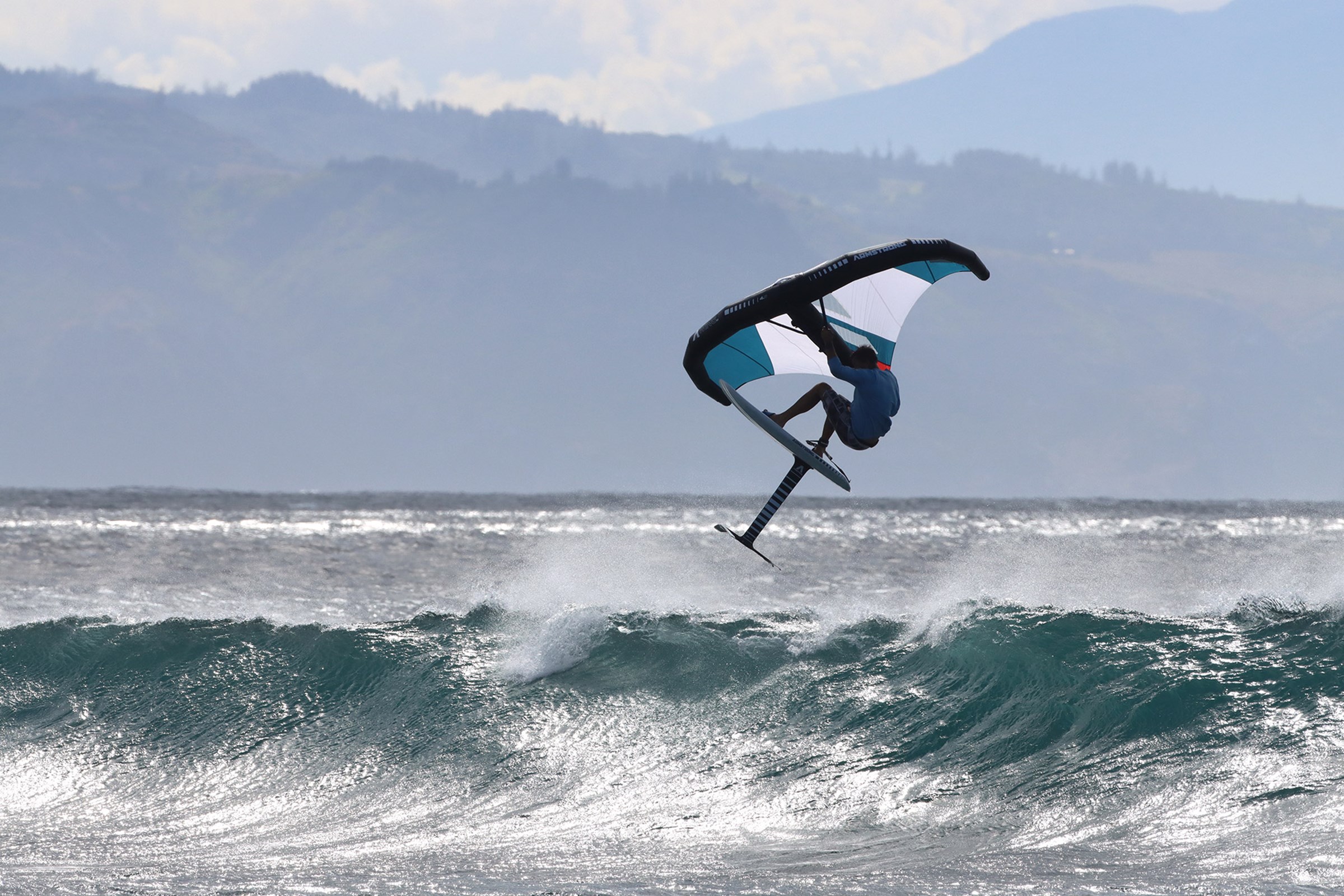 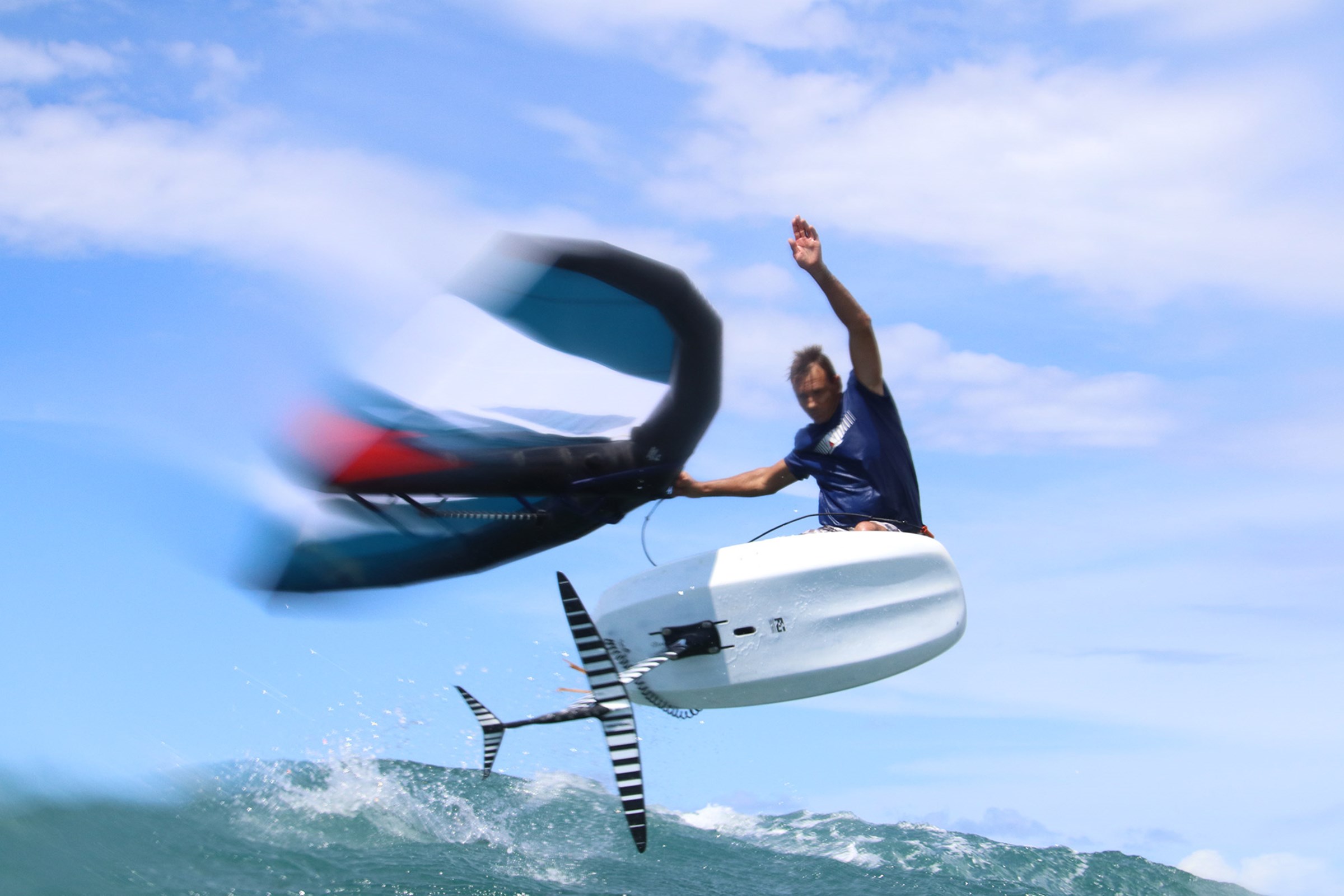 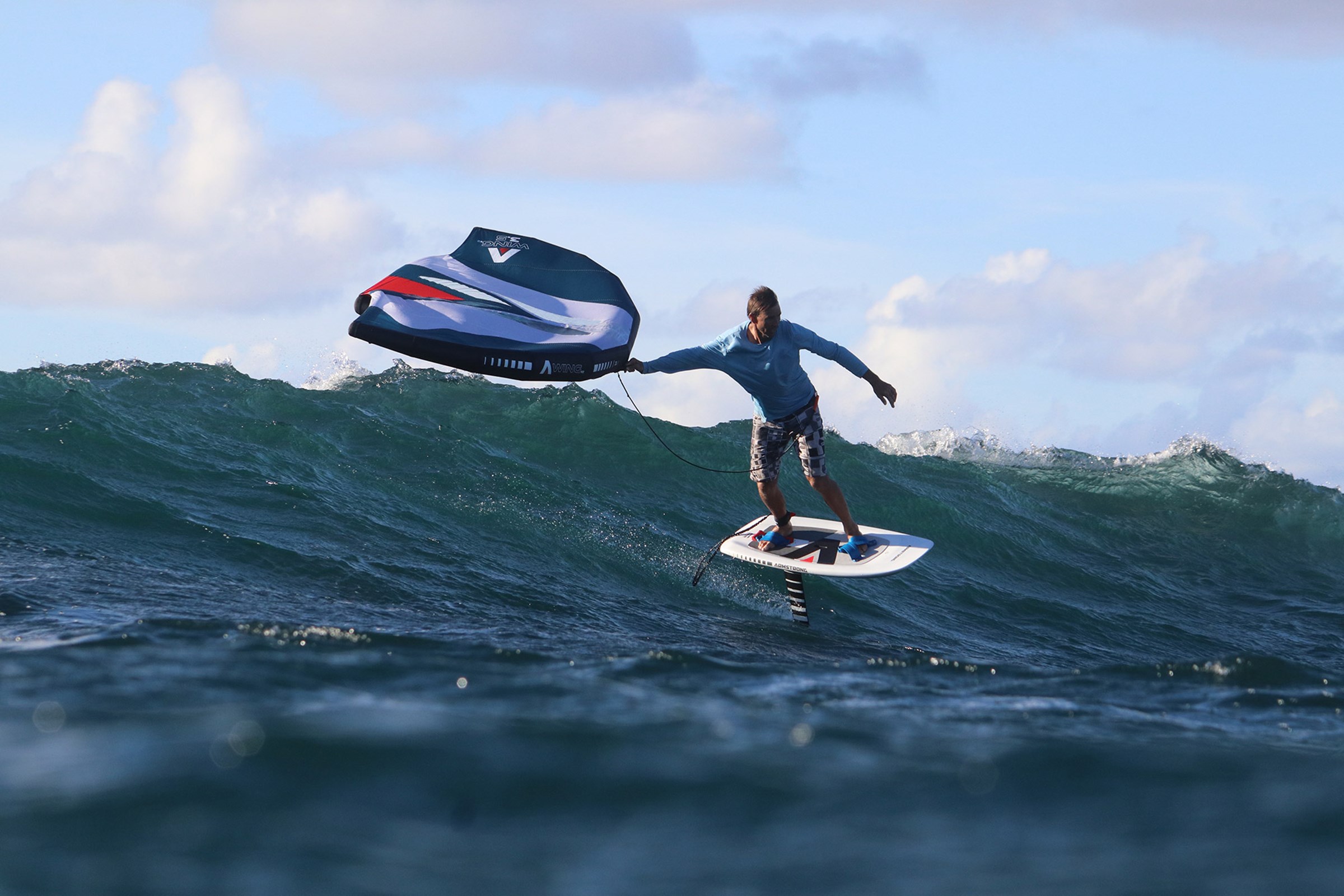 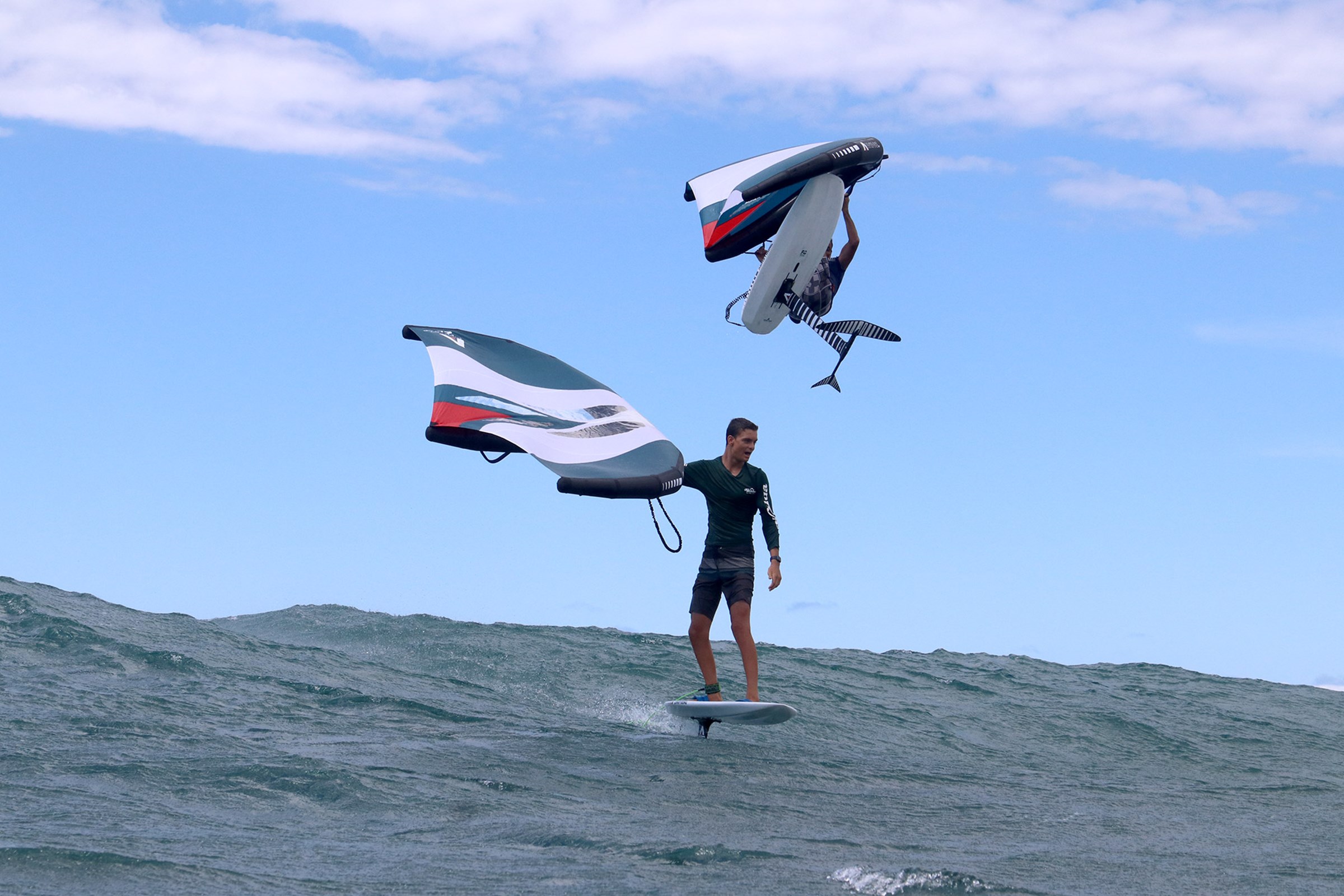 With a strong wind on your back and a decent wind swell it’s possible to get on the foil using either a SUP paddle or even from the traditional surf position if you have the skills. Imagine cruising on open ocean swells, covering serious distance at speed…endless!

Fun easy way to get foil time is being towed behind a boat and when your skills are good enough it’s possible to just ride and carve the wake of the boat without the rope. Great way to learn to foil, perfect for practicing your carving and when the water chops up you still get a smooth ride.

Same as traditional surfing but when you pop up to your feet you go the next level and ride the foil on the wave. This brings a whole aspect to surfing, it opens up more potential then ever before now that the waves energy can be ridden with the performance of the Surf Foil. Unmakeable waves could be makeable now, foil surf can open new waves, outer banks and reefs that would not be possible to surf on a standard surfboard. 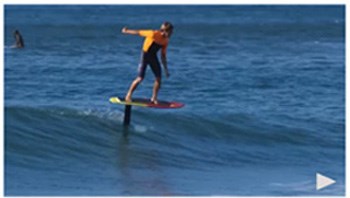 Probably the best way to get onto a wave, simply paddle in and ride the foil on the swell, even before it breaks. Easy step for anyone that already surfs a SUP and wants to learn to foil. So much potential for ripping on small to medium waves but once mastered, riding big surf is also possible.

Already a very popular option for Kiteboarders/surfers all over the world. Using the kite to give you the power and speed to foil. It’s crazy, in less than 5 knots of wind it’s possible to foil at speeds up to 30 knots using a kite. If you are already kiteboarding learning to ride the foil is quite easy and opens a whole new aspect to the sport.

Best way to get into some big swell riding is with a Jet Ski. You need some serious foil riding skills but it is possible to ride massive swells and waves. Needless to say we are going to see some crazy foil riding as the boundaries get pushed in this area! 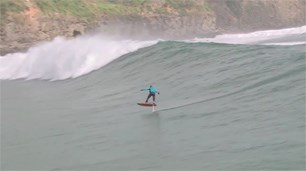